There has never been a sadness that can’t be cured by breakfast food.

I belong to a country where every DAY belongs to a God, and thus each day calls for a religious charity. Food, clothes, celebration, etc. But yeah…now, this scenario is concentrated only to the major charity festivals, like Makar Sakranti, Pongal, the days of Shrad, Gyaaras, the week day of your deity, success celebration and many more.

Sorry, this article is not about the Indian culture. But yes about the culture and traditions of charity followed by every individual around the world. We have descended in the society where charity is no longer for the people, we have devised new meanings to it.

Well, keeping the meanings aside. We are incapable of working for charity on a daily basis. You see we cannot make ourselves happy everyday. And the other thing about charity in this world is the worry that our happily shed money might just be another bottle of booze for the lucky street guy. 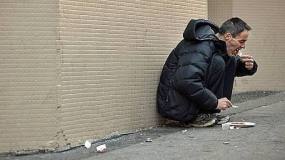 Talking with the statistics, 62% of the charity money provided to a religious infrastructure ends up in the political bullshit, 8% of the pennies thrown in the can exchanged to loose the misery for the night, 1.6% of the beggars are nothing but amazing actors, 88% of the needy are NOT asking for money.

So, its quite clear………come on all these years, in the illusion of our great act of charity.

The club for people, whoever joins it. The club where on one of your bright mornings you get out in the streets play a guitar, sing, crack jokes, PERFORM ! and with the pennies you collect to buy a breakfast and smile to share with the one who needs it more than you.

Roll your act in your camera and tag your new YouTube video, Instagram pic, Facebook status with #TheBreakfastClubCURIO till its viral on the other end of the globe. Challenge your neighborhood, friends, colleagues. Because who knows, maybe that one bite of kindness eliminates hunger one day? And what about Poverty?  Well who knows…..

Its your chance to practice school performance out in the park in front of many eyes.

Your first theater act, the song you wrote last night,  the jokes that are limited to your friend zone, the new project idea you are going to present at your workplace, your artworks, anything. Its a chance for you to do something different, that might be the buzz talk for the next few weeks.

No matter how old you are, no matter where you work, how you look, where you live, if it can make yourself earn some penny, some food, some experience, some smile, some satisfaction, some fame, some greatness………then its worth the shot.

And yes its for the charity.

My line of thoughts
Unruly Quill

a bunch of random stuff

No Official Affliation with the Artist, Hozier

Listen to your inner self..it has all the answers..

Taking on the challenge of writing for just 15 minutes a day!

Life in a Storm

A domain for independent writing

This is poetry for all seeking answers. I don't have the answers.

The Blog of Philosopher Steven Colborne

anything and everything that gets on my way...